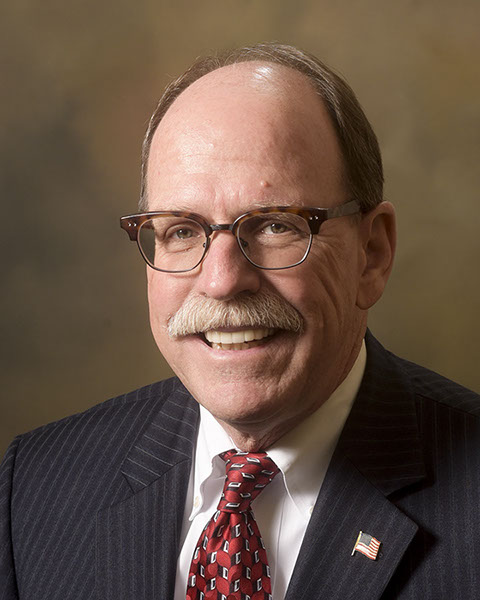 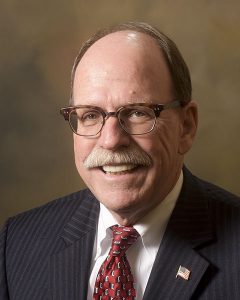 Tim Harris served as the elected Tulsa County District Attorney for 16 years, the longest serving DA in Tulsa County history and as a criminal prosecutor for 28 years. He was a tough, no-nonsense prosecutor whose passion is to protect the people of Tulsa County.

Harris’ number one priority was public safety and the prosecution of violent criminals. He established a Death Penalty Review Team, as well as a Major Crimes prosecution Team, so the most experienced prosecutors in his office bring the worst criminals to justice and take the most violent offenders off the streets. Specialized prosecutors handle Child Abuse, Domestic Violence, Gangs, Drugs, Elder Abuse and Juvenile Delinquents. Harris had a no tolerance policy regarding meth labs. He supports alternatives to incarceration and helped implement alternatives to incarceration court’s including Drug Court, DUI Court, Veteran’s Court, and Mental Health Court, Women in Recovery, Community Sentencing and DA Supervision when appropriate.

Harris began working as an intern in the DA’s office in 1983. Harris was the first Director of Crimes Against Children in Tulsa County. He was elected as District Attorney in 1998 after serving for 12 years as an Assistant District Attorney. He also served as a Special Assistant United States Attorney, for the Northern District of Oklahoma in cases involving both state and federal jurisdiction. His civil law experience from 1988-1990 was as a trial lawyer specializing in complex construction litigation. Harris was a cement mason before attending law school. Harris left the DA’s office in 2015 to run for US Congress, 1st District, OK in 2018. He now serves the people as General Legal Counsel for the Tulsa County Sheriff and as a private consultant on law enforcement policy and criminal justice reform as TIM HARRIS-RDA CONSULTING, LLC.

Harris served on the Oklahoma District Attorneys Council for 8 yrs., a board member of the Oklahoma District Attorneys Association (ODAA) for 16 yrs., Chairman of the Oklahoma Bureau of Narcotics and Dangerous Drugs Commission (OBNDD), and was appointed to the Statewide Gang Intervention Steering Committee. He was actively involved in the Department of Justice’ Project Safe Neighborhoods to reduce gun violence. He served on the Child Fatality Review Board and completed a term on the state wide Domestic Violence Fatality Review Board.

Harris also served as a board member for the Child Abuse Network, presently a board member of the Tulsa Boys Home and Oklahoma Methodist Manor, a leadership partner with the Family Safety Center, Junior League of Tulsa Community Advisory Board, Oklahoma Conference for Community Justice, the State of Oklahoma Dispute Resolution Advisory Board and was a trained mediator with Project Early Settlement. He is a member and serves the First United Methodist Church of Tulsa, Oklahoma as “Servant Timothy”, children’s story-teller, and teacher in the adult teaching curriculum. He is also a group leader in BSF-Bible Study Fellowship, and past guide in the “Influencers” journey. He serves at Life Church, Jenks, ok on the host welcome team and a high school mentor in the Switch program. He is a member in good standing of the Oklahoma Bar Association, Bar # 10655.

Harris taught as an Adjunct Professor of Law at Oral Roberts University, Tulsa, OK and business at Oklahoma Wesleyan University, in the Masters of Business Administration program. Harris graduated from the O.W. Coburn School of Law at Oral Roberts University in Tulsa in 1983; University of Wisconsin-Madison, B.A. in Behavioral Science and Law, 1979. Harris is a speaker and lecturer on subjects including law enforcement policy and practice, criminal prosecution and our American freedoms. He is researching and drafting his first book.